BT to strip Huawei equipment from its core 4G network 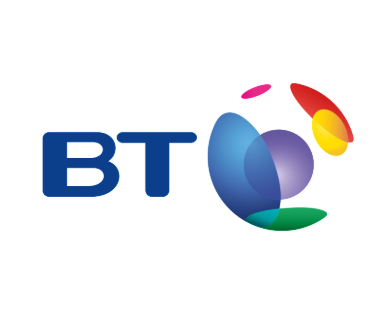 Please use the sharing tools found via the share button at the top or side of articles. Copying articles to share with others is a breach of
BT will strip Huawei equipment out of its core 4G network within two years to bring its mobile phone business in line with an internal policy to keep the Chinese company’s equipment at the periphery of telecoms infrastructure. Governments around the world have become increasingly wary of Huawei’s presence in critical national telecoms infrastructure, especially as they prepare for auctions for 5G, a superfast service that will enable a new generation of digital products and services. The US, Australia and New Zealand have moved to block the use of the Chinese company’s 5G equipment on security grounds, and the head of the UK’s secret service has warned that the UK must decide whether to follow suit. BT and other UK telecoms providers have largely kept Huawei equipment out of the “control plane” or core, of their networks — which contains sensitive information such as customers’ activities and personal details — for more than a decade. BT was one of the first companies outside of China to use Huawei equipment when it signed a deal with the equipment supplier in 2005. The following year, the UK telecoms company pledged to keep the equipment out of the core, where potential security issues could arise. But a parliamentary report in 2013 revealed that UK intelligence services still had concerns about the Chinese manufacturer’s presence in the network. Moreover, BT’s £12.5bn acquisition of EE in 2016 undermined its pledge, as Huawei kit had been used to build the mobile phone company’s 3G and 4G networks. EE, for instance, used Huawei equipment to launch Britain’s first 4G network.

Huawei’s “enhanced packet core” technology is still used in the core EE network, which connects millions of 4G customers to the internet. BT said the company was now extracting Huawei equipment “from the core of our 3G and 4G networks as part of our network architecture principles in place since 2006”. BT has already stripped out most of the oldest equipment, inherited from T-Mobile’s 3G network, since it acquired EE. It is now working to replace all Huawei equipment in its core 4G network, which is expected to take between 18 months and two years. BT has excluded Huawei from bidding for contracts to supply equipment for use in its core 5G network, but will continue to use the Chinese supplier’s kit in what it considers to be benign parts of the network, such as masts. The telecoms provider has launched 5G trials across a number of London sites using the Chinese company’s equipment. It argues that the kit is more advanced than that developed by rivals Nokia and Ericsson. BT said that Huawei remained an “important equipment provider and a valued innovation partner”. Huawei said the supplier continued to work with BT on 5G. “Huawei has been working with BT for almost 15 years,” it said. “Since the beginning of this partnership, BT has operated on a principle of different vendors for different network layers. This agreement remains in place today.