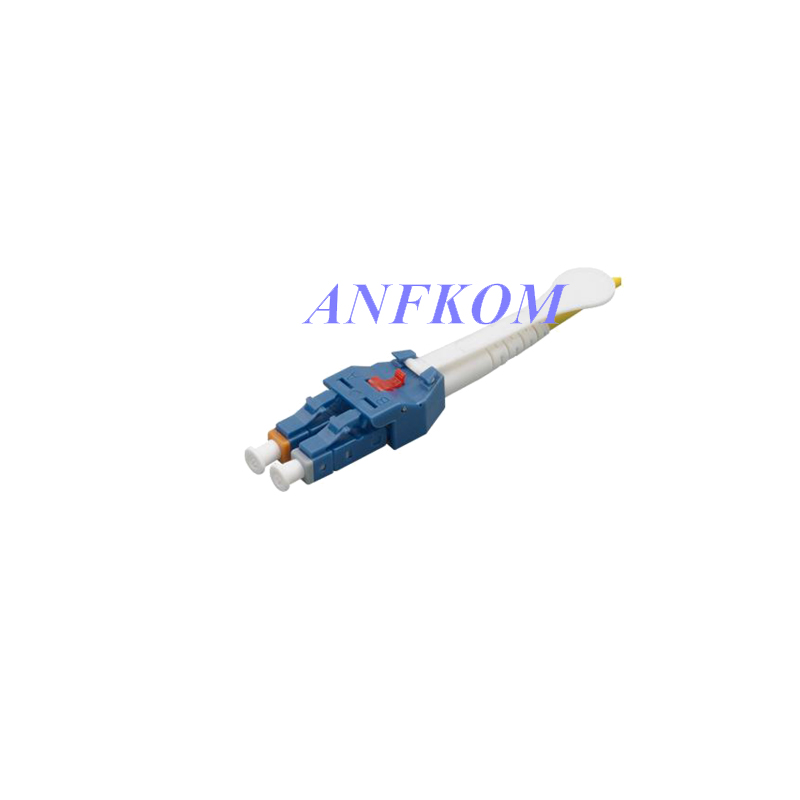 LC Connector (Lucent Connector) A miniaturized version of the fiber optic SC connector. It looks somewhat like the SC, but is half the size with a 1.25mm ferrule instead of 2.5mm Considered by some to be the modern replacement of the SC connector; its introduction was less successful, in part due to initially high license fees from inventor Lucent Corporation. Also a push-pull connector, the LC utilizes a latch as opposed to the SC locking tab and with a smaller ferrule it is known as a small form factor connector. Having half the footprint of the SC connector gives it huge popularity in datacoms and other high-density patch applications, as its combination of small size and latch feature make it ideal for densely populated racks/panels. With the introduction of LC compatible transceivers and active networking components, its steady growth in the FTTH arena is likely to continue.