The Competitors of MPO Connector

MPO—Multi-fiber Push On—is a type of optical connector which is massively used in high-speed telecom and data communications networks. It has been standardized within the IEC 61754-7 and TIA 604-5. It is larger than the other standard connectors(LC, SC, ST, FC, etc) but for good reason – it can support up to 24 fibers in a single ferrule.  there are now 8 and 16 single row fiber types that can be stacked together to form 24, 36, and 72 fiber connectors using multiple-precision ferrules.  MPO Connectors assembled on either end of the cable, then be an MPO patch cord, or assembled on one end, another end assembled with LC connectors, then be an MPO breakout cable which is massively used in the data center.

Besides MPO connector, there are some other types of connector which are similar to MPO, contain the many fire cores in one connector to save installing space, used in high-density applications.

MXC connectors are a new type of fiber-optical connector with Expanded beam technology, which used for high-density applications, Just like the MPO connectors. The MXC connector was developed by US CONEC and is supplied to interconnect suppliers to produce cable assemblies.

It is able to support up to 64 fibers each handling one wavelength at 25 Gbps. 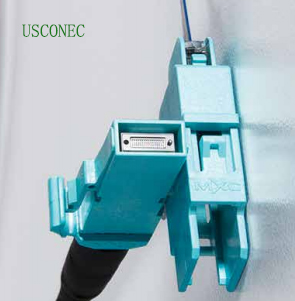 The 3M™ Expanded Beam Optical (EBO) Connector System is a multi-fiber connector system based on a new expanded beam ferrule technology. Conventional multi-fiber connectors rely on physical contact between fibers to function, any stain between the glass will influence the data transmission. The 3M EBO ferrule expands the beam between connectors, make the connector not sensitivity to dust and no need for frequent cleaning. The system supports low insertion loss and high return loss connectivity with a common technology for single-mode or multimode fibers. Critical mating alignment is controlled by the expanded beam ferrule without the use of metal guide pins protruding from the end of the connector. The system utilizes a hermaphroditic connector geometry with an LC-connector style latch to engage bulkhead adapters. 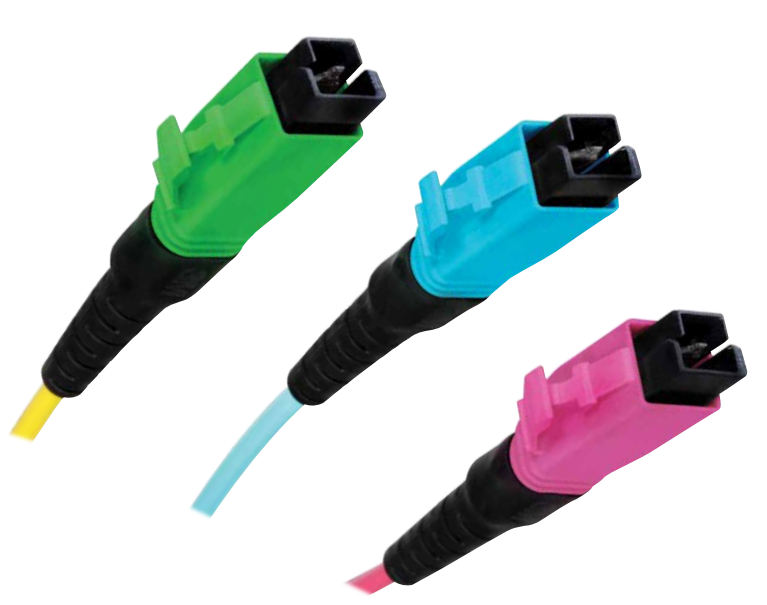 QXB is a kind of Expanded beam connectors, developed by R&M. It like an MPO connector, can be constructed with 12, 24, and 32 parallel fibers.

R&M’s QXB connector study is all about the resolute pursuit of high performance and resilience against contamination. Without compromise. It is about reaching limits and pushing the boundaries of optical connectivity. 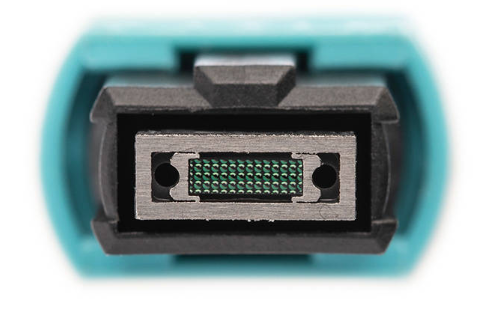 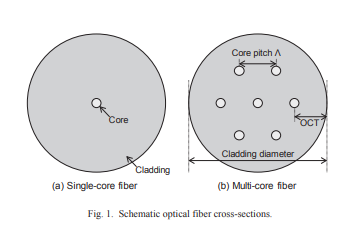 The establishment of optical fiber connection technology is necessary for multi-core fiber (MCF), which is expected to be used as the transmission medium in future high-capacity transmission systems. To connect MCFs with low loss, it is essential to precisely match the axis rotation angle of the optical fibers, which is unnecessary when aligning single-core fiber (SCF).

Comparing to MPO connector, Lower mating force & easier to clean than conventional multi-fiber connectors; Significantly smaller than alternative solutions; It is much more complicated to be assembled on fiber optic cable..

Until now, the MPO connector is the biggest winner during this competition, It has a big market share.  MPO connectors are massively used in the data center and any other high-density applications.